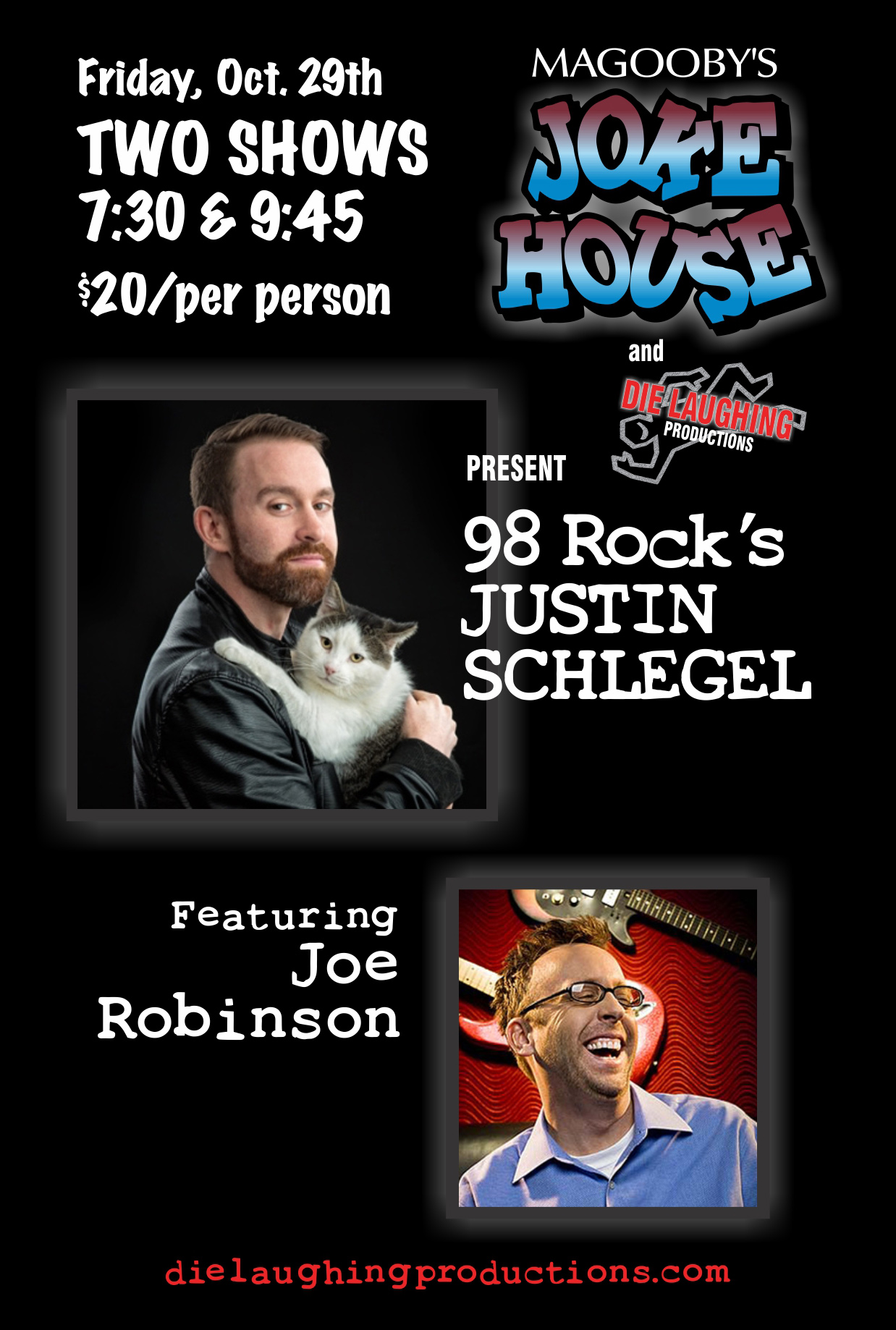 Justin Schlegel can be heard every morning on 98 Rock as one of the hosts of the #1 rated morning show in Baltimore, Justin, Scott & Spiegel. He has been a featured performer at the Just For Laughs Comedy Festival and has appeard on VH1, Lifetime and Comedy Central! This show also features the stand-up comedy return of Die Laughing Productions’ co-creator and 98 Rock regular, Joe Robinson.